From time to time, the local club has the great pleasure to welcome guests from all over the world. 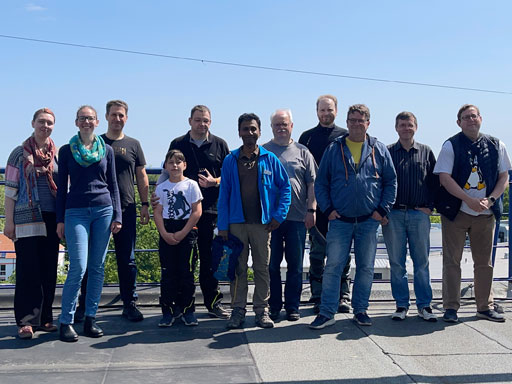 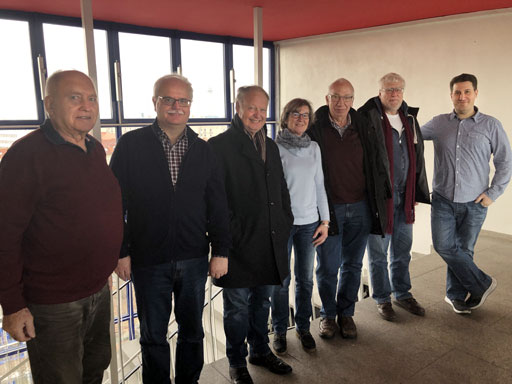 Guests: Dieter (DL8OH), Rena (SWL), Heino (SWL), Manfred (DK2OY)
Dieter and the couple Heino and Rena come from a small village in northern Germany, between Spiekeroog and Wilhelmshaven. Together with Manfred they visited the amateur radio flea market in Dortmund the day before and on Sunday our club station DL0DX. Here they had an intensive exchange of experiences about digital modes on shortwave. 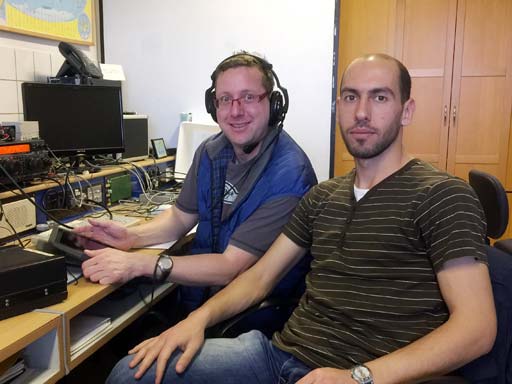 Guest: Basil
Basil is a refugee from Syria. After several relocations he now lives in Dusseldorf and waits for the recognition as an asylum seeker. To establish contacts he visited us at the club station DL0DX. 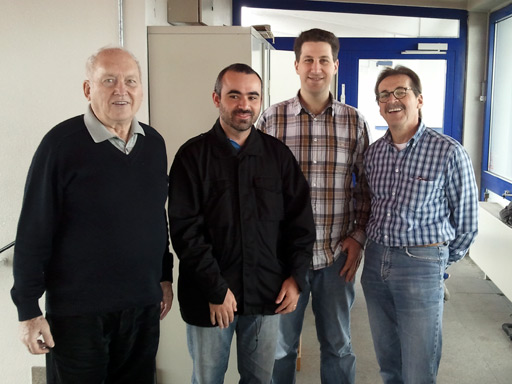 Guest: Joshua, VK4JLM
Josh was on business in Düsseldorf and visited us at our club station DL0DX on Sunday. He cames from Brisbane in Australia. 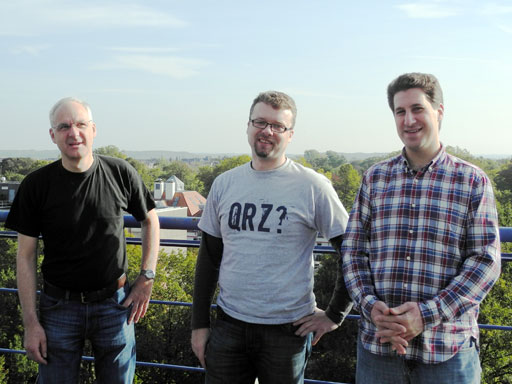 Guest: Jarek, KB9IIZ
Jarek comes from Schaumburg, northwest of Chicago, in the U.S. state of Illinois. He was away on business in Germany and visited us on a sunny October Sunday at the club station DL0DX. 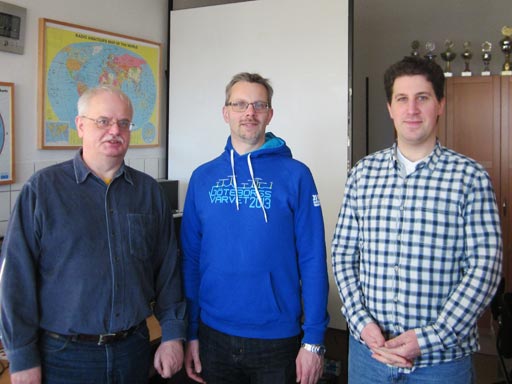 Guest: Ron, SM7RFF
Ron comes from Sweden. He was in Düsseldorf and the surrounding area for some months to get some practice in speaking the German language. Ron regularly visited us at the club station DL0DX and come to the local club evenings. 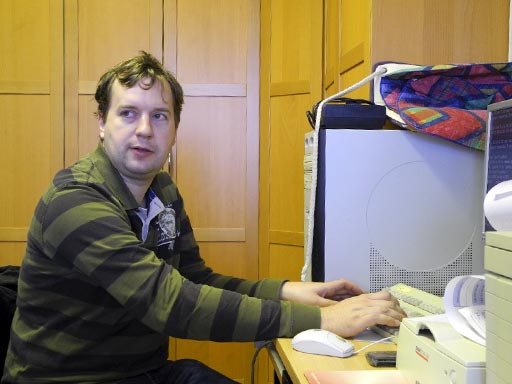 Guest: Christoph, DK2CRN
Christoph vists us at DL0DX to see the station. He spoke with us about the planned connection of the club station to the Hamnet and gave us some important tips for the achievement of this intention. 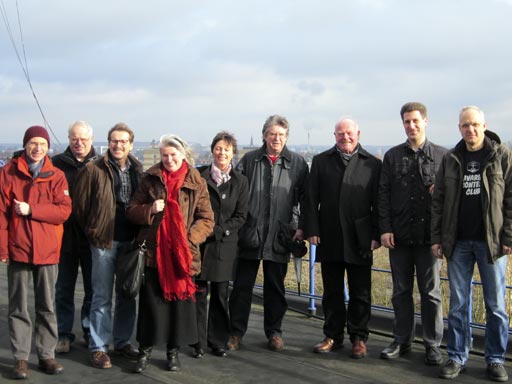 Guets: John, G0MTQ and Carol, G7DIS
John and his wife Carol live in North West England in Broughton Moor and made holiday in North Rhine-Westphalia. Together with a chummy, in Germany living couple they surprisingly visited us at our clubstation DL0DX. 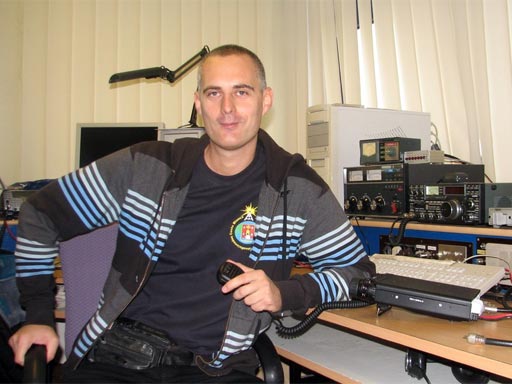 Guest: Zsolt, HA6QZ
Zsolt comes from Hungary and currantly works as mobile telecom engineer for Ericsson in Düsseldorf. He brought his own mobile transceiver and took the opportunity to participate in the HF antennas of DL0DX to make a bit SSB operation. 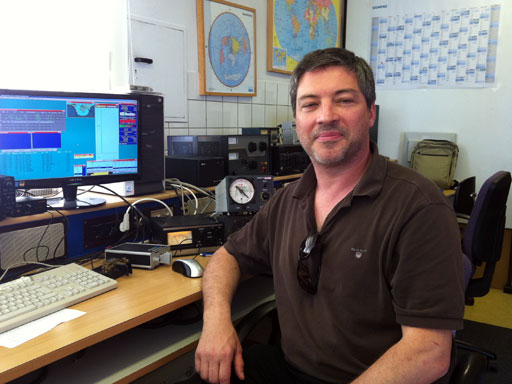 Guest: Cyril, F1MHV / DF1CHB
Cyril is a pilot for a major German airline, and comes from France. In his limited spare time he visited our club station. 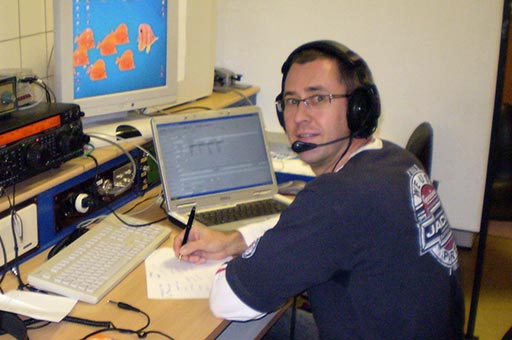 Guest: Scott, VK4CZ
Scott comes from Australia. He was out on business in Düsseldorf and found time to visit our club station. 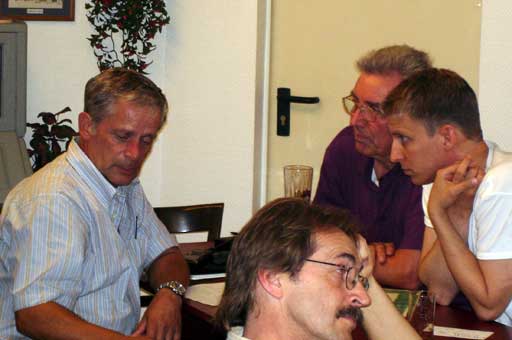 Guest: Jean, VE2EGY
Jean comes from Canada. He visits us on our local club's meeting. 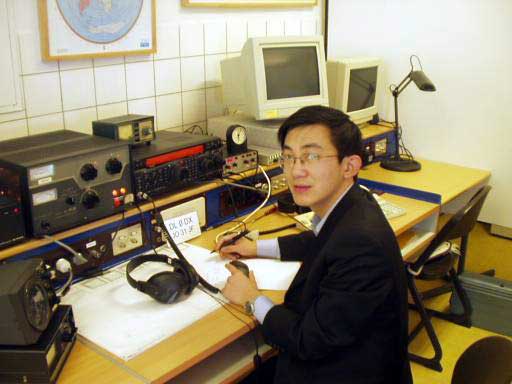 Guest: David, BA4DW
David comes from Shanghai. He uses the opportunity to do some QSOs at DL0DX. 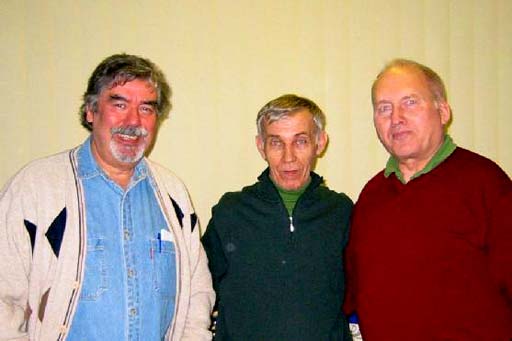 Guest: Slava, RA4AI
Slava is the chairperson of the radio club of the city Volzhskij at the district Wolgograd. 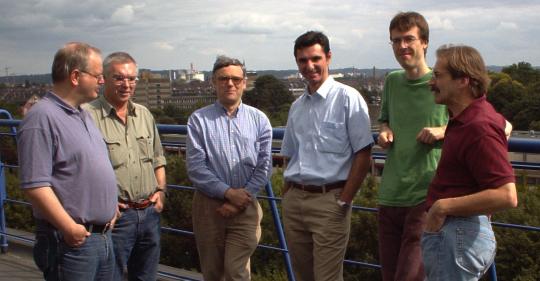